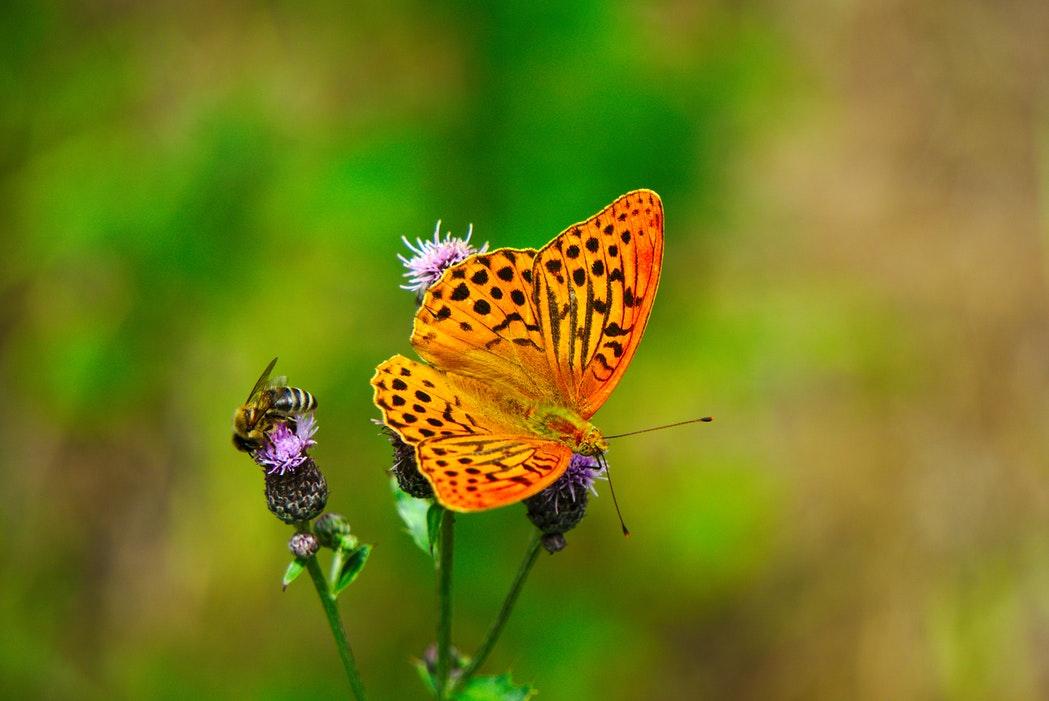 Hello! Long time no chat. Please accept my apologies for falling off the face of our virtual world here but life actually happened. Like I literally had to pump brakes (pun intended) on most things because well…I was involved in a fender bender, to put it mildly.

I can hear your gasps through the screen. Thank you for your concern, I’m generally okay and mentally stable. I’m still in recovery at the time of writing this but I’m not here to blabber on about the accident and how it actually happened but the lessons I’ve learned as a result of the accident.

I initially felt alright when everything happened. I felt immediate shock, of course, but no initial pain. when I got home later that same evening that’s when the pain began. I’ve been told it’s normal for pain to surface during the first 24-48 hours after an accident but there was something strange about this pain.

It felt like it pierced through my superwoman suit like some kind of kryptonite and crippled me to tears. I bawled for my husband who rushed to my aid but the pain was intense in a different kind of way. Something I hadn’t ever experienced, the closest similarity I could think of is a very bad menstrual cycle – and even then probably a few notches more intense.

We prayed. Well, he prayed for me because I was unable to utter anything more than moans of agony. Mentally trying to compute how my body was capable of managing this trauma. Processing why did it have to happen to me and all the saga of bills and incoming monies to be spent. We had literally just come back from holiday a few days earlier and then BAM! Our normal became abnormal. One of my mentors put a spoke in my wheel a few days later.

He said, instead of asking yourself “Why did this happen to me?” ask yourself “Why did this happen for me?” You see folks, there is opportunity tucked away in adversity if we adopt the right perspective. My first mental response to his text was – you don’t understand the pain I’m in and how this sets me back but my spirit reminded me that God orchestrates setups and not setbacks.

As with any accident, there are various stressors. I’ve been running around to appointments, visiting my doctor for check-ups and trying to still “be normal”. I still can’t drive on my own so it means that hubby either has to work from home or my mom has to take me around. I literally felt like an inconvenience to their regular schedules because I’m so accustomed to being on the go and getting things done. Driving myself where ever, checking things off my lists and setting life straight. But life was serving up some lemons and I had no idea what to make with them.

I’ll be honest, the “woe is me” bug hit me a few times but after talking it through with Chris, having him reassure me that everything was fine and me reassuring myself that this season won’t last forever; I gradually regained my mental stability. Mind over matter is no joke, especially when your body is out of whack. If the mind is good the entire temple will come into alignment.

Lesson Taught – Debunk false narratives in the early. It helps you Stay Sane

Lesson Learnt – There’s opportunity tucked away in adversity if you have the right perspective. The wrong perspective will drive you crazy!

God Sent Me An Angel

On the day of the accident, I literally believe God sent me an angel. Within minutes of the crash, a random guy knocked on my passenger window. Skeptical about him, I still decided to crack the window enough for our eyes to make 4 and stared him down as if to say – “Can I help you?!” I wasn’t sure about his motive and there was so much going on around the scene and in my mind but all he was to do was ask a few questions.

He was just checking to see if I was alright. He wanted to know if any part of me had been injured – if I called my insurance, the police, and the whole 9 yards. He asked all the right questions and then told me “Just sit tight, don’t move your car until the police get here, everything is going to be alright”. I immediately felt peace within, delivered from the mouth of a stranger.

But who was this man?

I reassured him I was okay, rolled up my window and made a few other necessary calls. I then maneuvered my way over to the passenger side to get out of the car but the man was gone. Now, this may seem strange but there were a few people around. The nature of folks here in Barbados is to gather at a scene for some reason or another. Thankfully I haven’t seen myself posted up on social media anywhere, lol.

Folks gather around with all kinds of intentions, he was the only one who asked if I was alright. I got out expecting to see his petite features again. He was wearing a red shirt, small in frame with a big ol’ heart beating in his chest but he was gone, with the wind I suppose. On wings I imagine – my own personal angel.

Mentally I thought he’d still be around. I didn’t see what direction he turned but I do know I felt like God sent an angel to check on me and reassure me that everything will be alright. It was like Hebrews 13:2 came alive right before my eyes. Had I not shown this man “hospitality” in the sense of cracking the car window…I may have missed that encounter of peace in the face of a challenge.

Lesson Taught- Don’t always expect the worst from people, some of them mean well.

Lesson Learnt – God always looks after His own. I literally felt peace within me when that man stopped and told me everything was going to be alright. INSTANT peace!

I’m a worker bee. Ask anyone who’s known me long enough and they’ll shake their head intensely saying – yes, yes, YES! She’s a workerBee! I prefer the term workerBEE than workaHOLIC see what I did there? No? Okay *insert facepalm* 😂 but now this bee has had to press rest mode and my inner butterfly has to rest her wings. I’m both bee and butterfly, don’t try to figure it out 🙃

So yes, being still has been a challenge. Coming allllllll the way down to doing nothing because my body literally can NOT do anything has been hard but I keep asking myself – why did this happen for me? What lifelong lesson am I to find in this blur of adversity? What treasure am I to unlock from the stillness around me? It’s a quest I’m still traversing, walking through each day but I’m so grateful for angels in human form and the rhythm in my heart. Some days I’m even thankful for the pain I feel as excruciating as it is because I’m alive and the script could’ve ended so differently.

So in the meantime, I’ve been doing a lot of resting which I guess my body needed anyway and compiling content ideas for you guys because the grind will continue. Excited to share that stuff with you when the time comes!

Lesson Taught: Have the Right Perspective of the process.

Lesson Learnt: Adjust your vision and seek out the opportunity in adversity.

My husband has been a CHAMPION! Well, he’s a born champion but you get me. This man of mine is solid gold, thank you Lord for the precious gift that is Christopher S Millar. He’s been a rock for our budding Millar family. As well as my immediate family of course but the concept of leaving and cleaving becomes real during the turmoil – can I tell you? Phew!

Peace in the Storm

I’m so sorry to have been away from you for such a long time. Our holiday in Orlando was EPIC and YES I will still post about our experience at Disney and all the other fun stuff we got to do. But in the meantime, I just thought to give you guys a quick catch up on why I’ve been MIA. I’ve literally felt a lot of peace about how this process will unfold in God’s timing. He creates masterpieces from messy situations so don’t ever doubt that He will work stuff out for you.

And to those of you who checked in and asked about content and if everything is okay, thanks so much! As healing progresses I’ll be back up to full speed but in the meantime, I’m learning all I can, working on healing thoroughly and Becoming All I’m to be in this very moment. Becoming Patient, Hopeful, Faithful and Obedient – especially to my husband, mentors, friends, and doctor lol so I can be back sooner rather than later.

Here are two of my absolute favorite scriptures that have helped to keep me grounded during this period of adversity:

Romans 12:12 …Be joyful in hope, patient in affliction, faithful in prayer. (NIV)

Romans 8:28 …And we know that God causes everything to work together for the good of those who love God and are called according to his purpose for them. (NLT)

I liked these verses in these versions because of how plain the message is to understand. Refer to a Bible version of your liking but cling tightly to God’s promises that He’s working it out for you even in the face of adversity.

Sending you warm fuzzy hugs and love. Promise me you’ll keep pressing on! Victory is dawning and God is fighting your battles whatever they may be.

Can’t wait to see the greatness come out of you! 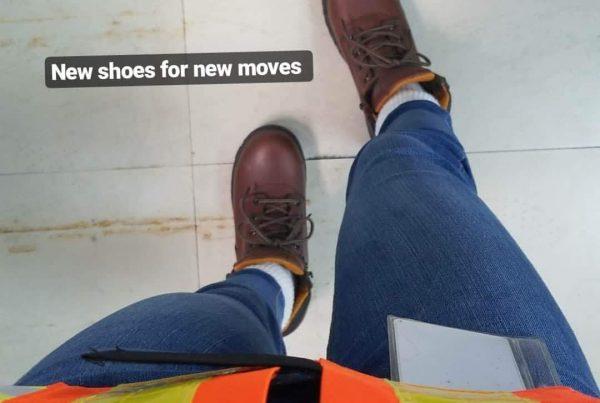 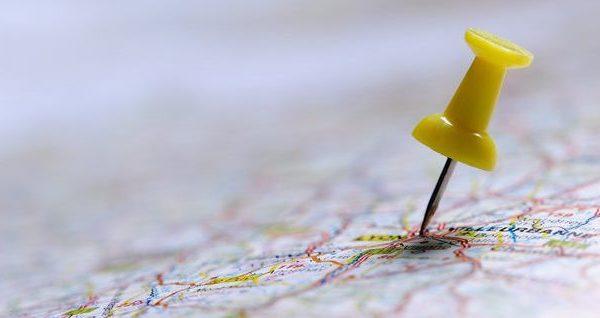